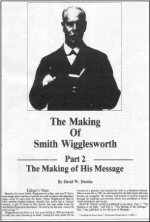 ‘THE MAKING OF SMITH WIGGLESWORTH.’

Two papers which explore how Smith Wigglesworth came to reach his position. Part 1 essentially addresses biographical details which helped to shape and develop him. Part 2 examines his theology and the influence of this upon his ministry. At the time the papers were written Dr David Dorries was an Assistant Professor of Church History at the Graduate School of Theology and Missions, Oral Roberts University, Tulsa, Oklahoma.

‘THE NEW INTERNATIONAL DICTIONARY OF PENTECOSTAL AND CHARISMATIC MOVEMENTS.’

This major work includes a biographical entry on Smith Wigglesworth along with other entries for many of his close associates including James Salter, Donald Gee, Stanley Frodsham and Alexander and Mary Boddy. Contributors include Desmond Cartwright and Wayne Warner. 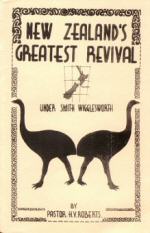 ‘NEW ZEALAND’S GREATEST REVIVAL UNDER SMITH WIGGLESWORTH (BY AN EYEWITNESS).’

Lester Sumrall provides personal reminiscences of twenty-five men and women of God used to birth an outpouring of the Holy Spirit in the Church. There are chapters on Smith Wigglesworth, James Salter, Stanley Frodsham and Donald Gee, amongst many other well known names. Sumrall includes some graphic personal reminiscences of times spent with Wigglesworth at conferences and his Bradford home. Accounts of Smith’s ministry from pastors in the USA, Australia and New Zealand are also included. Lester Sumrall’s testimonies of time spent with Wigglesworth are also available on audio tape/CD and video. 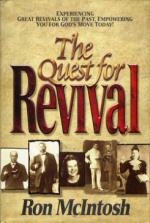 ‘THE QUEST FOR REVIVAL.’

An in-depth exploration of past revivals and the lessons to be learned from the early revivalists and pioneers such as Smith Wigglesworth, Aimee Semple Macpherson, John G Lake, Kathryn Kuhlman and others. Ron McIntosh is a graduate and former chaplain of Oral Roberts University.

‘THE REAL SMITH WIGGLESWORTH - THE MAN, THE MYTH, THE MESSAGE.’

Desmond Cartwright, an acknowledged authority on Smith Wigglesworth, is the official historian of the Elim Pentecostal Churches and founding archivist of the Donald Gee Centre for Pentecostal and Charismatic Research at Mattersey College, Doncaster, UK. This publication contains a wealth of fresh insights into the ministry of Smith Wigglesworth drawn from time spent by the author with members of the Wigglesworth family and from previously unpublished letters, documents, meeting reports and sermons. Also included are a number of early photographs and reproductions of historical documents.

‘REVIVAL - ITS PRINCIPLES AND PERSONALITIES.’

A guide to revival, focusing on past revivals, prepared with the aim of stirring fresh interest in revival. It includes a chapter entitled 'Wonderful Miracles' which features a brief section on Smith Wigglesworth and highlights some of the evangelist's comments on spiritual growth. 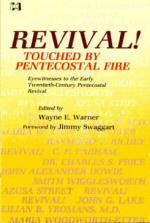 Forty eyewitness accounts of the early twentieth-century Pentecostal revival. First hand reports of the outpouring of God's Spirit in the meetings of Smith Wigglesworth, Maria Woodworth-Etter, John G. Lake, Charles Price and many others are included. The chapter relating to Smith Wigglesworth entitled 'The Healing of a Twentieth-Century Lazarus' is taken from Wigglesworth's sermon collection 'Ever Increasing Faith.' Wayne Warner is Director of the AOG Archive, Springfield, Missouri.